I’m far from an expert, but after traveling for three months, I feel like I’ve learned a lot about the world, different cultures and myself. I could write for pages and pages about all this, but here’s a quick rundown of the things that I wasn’t expecting to learn.

1: Bum hoses are the future

As anyone who has traveled to Asia might tell you, the whole toilet situation can become quite stressful, from Delhi Belly to squat toilets – but I’m here to tell you that it’s not all trauma in the little girls’ room. Something that I had never heard mentioned is a toilet hose, which you can find hanging beside any plumbed-in toilet in Thailand and Vietnam (and probably beyond, but I’ll stick to what I know). We didn’t know what it was called, but it looked like a hose for your bum – hence, bum hose. We were dubious at first, but by the time we flew to New Zealand five weeks later, we were bum-hose-converts – there’s nothing like the fresh feeling of … well, you get the idea.

But that’s not where it stopped – I soon found many uses for the trusty bum hose. It’s great for giving the toilet seat a quick clean before sitting down. If there isn’t a sink, use it to wash your hands. Been to the beach? Don’t traipse sand all through the apartment, bum hose your feet! I also once raged a war on a team of ants trying to get in about my shower with the bum hose. The possibilities are endless, and every toilet should come equipped with a bum hose.

A handy guide to using the toilet hose

2: There is such a thing as too many noodles/Buddhas/museums

I set off on my travels with an ambition: I was going to eat local food all the time, and I was going to see everything. The first leg went really well – we saw two Buddhas, celebrated the King’s birthday, shopped in Siam square and ate in a different place for every meal, all in just four days in Bangkok (when you take into account the two days we suffered with jet lag, this is pretty impressive). Cut to week four in Vietnam, and we were sick to death of noodles, and we were exhausted. We had looked down upon those who caved in and had pizza and full English breakfasts in Bangkok, but Oh-Em-Gee, were we craving bread and bacon now! On top of that, temples were no longer impressive, and museums were downright boring. We felt like we had literally seen it all, and where’s my pina colada on the beach already?

My advice to you: you can’t see it all, and sometimes you need home comforts. Choose the educational and cultural things you want to see, and remember to schedule in a few days to relax and really enjoy the 3/6/12 months you’ve taken off work – if you don’t, you’ll only need another holiday afterwards. And take your home comforts when you can! A lot of the smaller towns and islands won’t have real milk (how I missed tea!), and the menu options were noodles, rice, or noodle soup. Take some time to look after yourself, or else you’re going to burn out.

3: Pineapple juice is good for jellyfish stings too

Now I’m not a doctor, biologist, zoologist  or anything clever like that, so don’t take this as gospel. When we were scuba diving in Railey, Thailand, my boyfriend felt something zap him on the lips and had to stop. He never saw what caused the damage, but his trout pout was pretty impressive, and he said it was stingy. We’re still not entirely sure, but we reckon it was a teeny tiny jellyfish, or a bad reaction to a sea lice sting. Well, we all know the cure for a jellyfish sting, but for some reason he wasn’t really up for a wee in the face – each to their own, eh? So we got on Google (other search engines are available, but who knows what they are), and discovered alternative cures such as vinegar or pineapple juice. We met up with some friends at a bar, and Chris spent the night drinking rum and pineapple juice with plenty of soothing ice. Whaddya know? He felt fine in no time. Whether this was the rum or the pineapple at work, we’ll never know.

Throughout our travels, we had to rely on the kindness of strangers a lot. From asking a local in Bangkok where the hell we were, to politely requesting a jump-start not once, but twice in campsites in New Zealand, there were a lot of opportunities for people to double cross us, make fun of us or just be generally unhelpful. But they weren’t. We got a bus all the way across Vietnam with no-one who spoke English. We entrusted our worldly possessions to uncountable hotel receptions while we waited for transport/an available room. We let people know that we were totally lost, broke or homeless, and asked for their help. And, aside from one or two incidents, people looked after us. While I’m still sensible and cautious, it’s made me far less cynical about other people’s motives. After all, if you were on the other side, you’d do your best to help too, wouldn’t you?

One thought on “List: Unexpected lessons from traveling the world”

What do you think? Leave a comment! Cancel reply

Things I’ve been chatting about 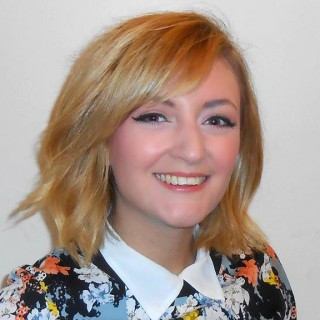 Digital Marketing Executive Seeking Opportunities Friendly, capable, co-operative and energetic, I have a varied career history which is pinned together by my excellent communication skills and enthusiasm for new and challenging tasks. Naturally a very happy and enthusiastic person, I enjoy working with other people on demanding, varied projects. Find me on Twitter, LinkedIn and Google+.